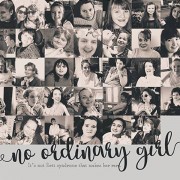 This is a guest post by Duncan Miller, the author and founder of Army of Us. The original post can be found here.

I’ve started this post so many times, but I always come back to the same thing.

You can only be described as exceptional when you spend every second of every day proving everyone wrong.

That is what these wonder women have been doing for at least 21 years (in one case 58 years).

I can’t tell you what it has meant for them; I no longer dare to think I can understand what goes through the minds of people afflicted by Rett syndrome. My hope is that one day they will tell you themselves.

But why do I have this hope?

My journey can only be described as a journey of enlightenment.

50 years ago, in 1966, Andreas Rett first published the first description of Rett syndrome. It only was generally recognised in 1983, when a second article was published by Swedish researcher Dr. Bengt Hagberg.

It means that Sherry (58 years old) had already been living with an undiagnosed disorder for 8 years, Nola for 2 and Kristi was 1 the year Rett was officially identified.

These girls (and their parents) were given an incredibly bleak life expectancy, but this is a story of hope, one where we prove the world wrong. That is exactly what these women proceeded to do, to reset our understanding of Rett syndrome.

In 1999 MECP2, the causative gene responsible for Rett syndrome was discovered by Huda Zoghbi and her team. Which means all of these women have had Rett syndrome longer than we have known the cause of it.

Every single one of these women has lived through discovery that it could be reversed. This was proven by Sir Adrian Bird in 2007.

These facts are huge because it means that all of them were alive when we didn’t know what caused it or had an inkling of how to cure it. Yet they and their families (there is no amount of acknowledgement I can provide here, these families are amazing) persevered and fought through it all.

Our discoveries about Rett syndrome have increased massively; currently, there are more than 10 drugs in testing (some in final stages), which will help alleviate many of the symptoms in Rett syndrome.

In the last few years, we have made technological breakthroughs, which have enabled people with Rett syndrome around the world to start communicating unassisted. Devices like this are giving us a window into Rett, which was previously unaccessible.

That window is proving something else to us. Once again they are smashing the preconceptions around the ability and intelligence of people who suffer from the disorder.

These women are smarter than we ever guessed and more able than we have given them credit for.

At the heart of these discoveries are the women and families (who without the help of social media) managed to overcome the most incredible obstacles and be fitting examples of what happens when you don’t presume some form of competence. The people who founded the charities, the lifelines, the social groups, which have made our journeys easier.

These women who have changed the world, by beating it, every second of every day. If that is not a story of hope, then I don’t know any.

“I think a hero is an ordinary individual who finds the strength to persevere and endure in spite of overwhelming obstacles.”

Whilst this quote is true for the families who spend countless hours at appointments, in hospitals, at therapy, fighting insurance companies and institutions, raising money to fix it and raising awareness to fight it, it’s not true for the people afflicted by it: my everyday heroes. Because it takes something exceptional to fight every second, of every day, for a lifetime. They give me hope.

However, nothing about Rett syndrome is ordinary and these are no ordinary girls.

This Album and poster (Which can be found here) currently has 107 women (A couple of young ladies are on the verge of 21, so I’ve included them).

What Is Rett Syndrome